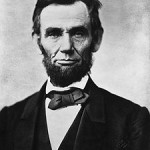 This is pretty inspirational. I don’t subscribe to never quitting but I do feel most people quit prematurely.